Firefighters douse a burning building at the University of Cape Town, South Africa.

Parts of the Rhodes Memorial and a restaurant on the slopes of Devil's Peak have already been destroyed.

The university, ranked among the best on the continent, is largely built on the slopes of Devil's Peak and is situated close to where the fire started. 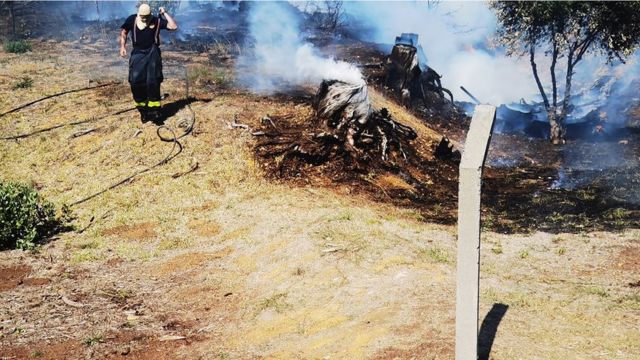 "Fire crews were immediately dispatched to the scene, with the fire now spreading from Rhodes Memorial toward UCT", the City noted on its Twitter account. A section of the tea room at Rhodes Memorial has been destroyed and people are urged not to enter the area. I've so much respect for our firefighters. She got to the base of the Table Mountain route, only to find that the blaze had claimed the vehicle she was travelling.

Three helicopters are water-bombing the flames.

More than 120 firefighters have been deployed to the area, and one had to be sent to hospital for treatment with burn wounds.

This is a developing story. We have taken them to pre-determined locations. The City is also working with SANParks to distinguish the fire. "Please stay safe first & foremost".

The fire is moving towards the campus, the Western Cape Government said. The wind is slowly picking up which is a cause for concern.

Firefighting teams are battling to contain the blaze that broke out near Rhodes Memorial on Sunday morning. "The fire has also spread to the veld above the University of Cape Town (UCT)".