Former lawmaker Cyd Ho (left) and pro-democracy activist Lee Cheuk-yan (center) gesture a protest slogan, "Five demands, not one less", as they leave West Kowloon court in Hong Kong on Thursday after being found guilty of organizing an unauthorized assembly.

Next Digital publishes Apple Daily, a well-read tabloid which is frequently critical of Hong Kong and mainland Chinese leadership.

"In a very hard situation in Hong Kong, the political retaliation is on us", said Lee Cheuk-yan, speaking before the verdict.

In addition, on Tuesday China enacted the reform of the local electoral system, which will completely marginalize the opposition in the Legislative Council (LegCo, Hong Kong Parliament).

"I have found after trial the prosecution able to prove beyond reasonable doubt that all of the defendants together organised what amounted to an unauthorised assembly", the district court judge noted in the full written judgement.

Supporters gathered around the court from the early morning, shouting that demonstrations are not a crime.

The defendants were granted bail on condition they hand over travel documents and not leave Hong Kong. 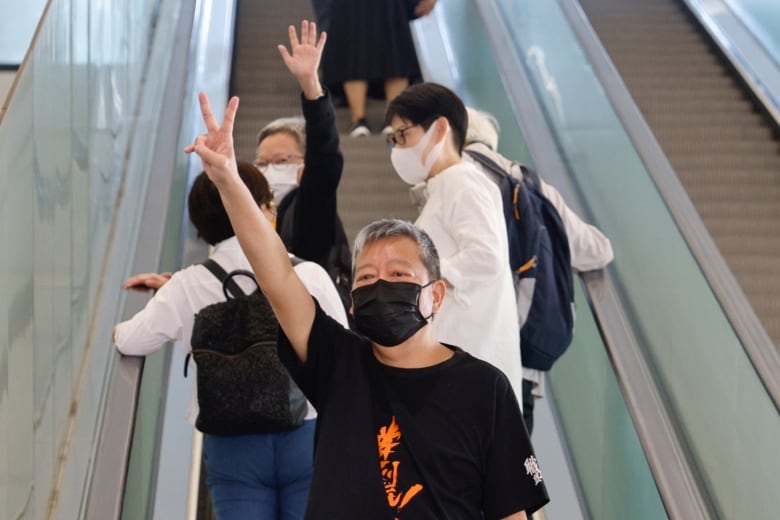 The group was prosecuted for organising an unauthorised assembly on August 18, 2019, one of the biggest in Hong Kong that year as people took to the streets for seven straight months calling for democracy and greater police accountability.

With many suggesting Hong Kong is becoming like China, 64-year-old Lee, a former legislator who has be an activist across four decades, said there is still hope.

The prosecution argued that freedom of assembly - while granted in the constitution - was not absolute in Hong Kong.

According to organizers the march drew 1.7 million protesters to challenge the authorities' ban, demand the withdrawal of the extradition law and to denounce the brutal behavior of the police. Forty-seven other high-profile democratic campaigners are facing subversion charges under the national security law, and have mostly been denied bail and are being held in detention. "Although things are getting very hard in Hong Kong and it seems that both the legal system and political system are looking more like the ones in China, I think we still have a very strong civil society and we need to hold onto that".

Critics, including Western governments, have condemned the arrests of Lee and other democrats amid the ongoing crackdown.

Secretary of State Antony Blinken said in a news release that China had "severely undermined the rights and freedoms of people in Hong Kong", through arbitrary arrests and politically motivated prosecutions as well as "pressure on judicial independence and academic and press freedoms".

The State Department, in an annual report on Hong Kong issued Wednesday, said that the Hong Kong government "did not respect" the right to free assembly provided under local law, and that by imposing a national security law a year ago, China had "dramatically undermined rights and freedoms in Hong Kong".