He said the NHS in London is at risk of being "overwhelmed", adding that the situation in the Capital is "critical" as hospitals could run out of beds for patients in the coming weeks.

More than 7,000 NHS beds across the capital are now occupied by Covid patients - 35 per cent higher than the busiest day of the pandemic in the spring.

"Once more, we must all stay at home".

According to figures compiled by Johns Hopkins University, the United Kingdom has the most COVID-related deaths in Europe and the fifth highest number in the world.

"If we do not take immediate action now, our NHS could be overwhelmed and more people will die", Khan said in a statement.

Cases were estimated to have been as high as 100,000 per day at the peak of the first wave in April. 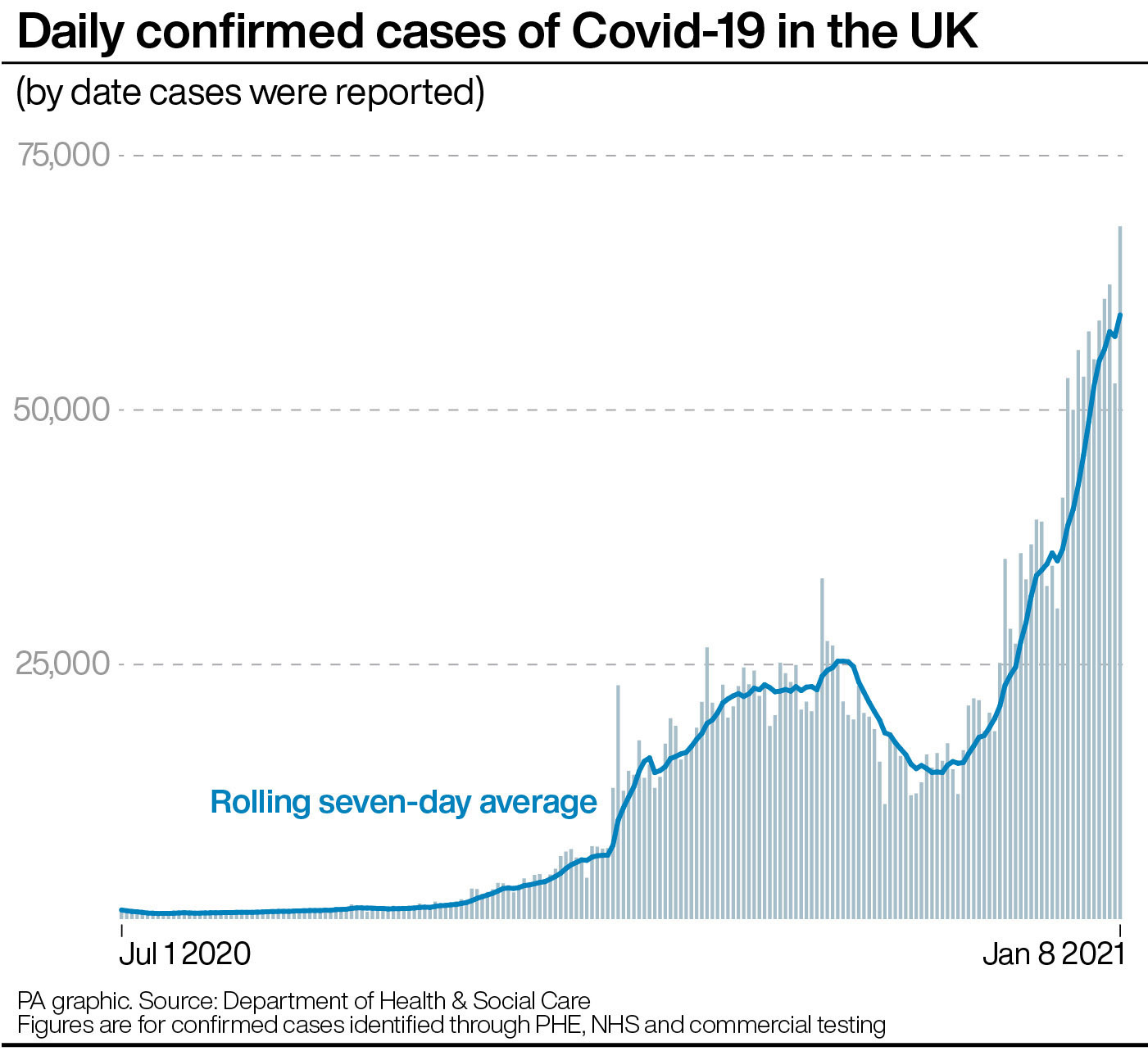 It is thought this could lead to a plateau, rather than a peak followed by a fall.

Separate figures published by the UK's statistics agencies for deaths where Covid-19 has been mentioned on the death certificate, together with additional data on deaths that have occurred in recent days, show there have now been 95,000 deaths involving Covid-19 in the UK.

Professor Kevin Fenton, London regional director of Public Health England, said the more coronavirus patients the NHS has to deal with, the more hard it is to keep other services open.

Prime Minister Boris Johnson added: "I know the a year ago has taken its toll - but your compliance is now more vital than ever".

"With over 1,000 people dying yesterday it's more important than ever everyone sticks to rules", a source told the BBC.

"Stay at home to protect yourself, your family, friends and other Londoners and to protect our NHS".

Many critical workers rely on public transport but the figures were much higher than those seen in mid-April previous year, when tube use was just 4-6% of normal, and bus use 10-20%.

Mayor Sadiq Khan warned that more than one per cent of the city's nine million residents tested positive for Covid last week, with one in 30 residents now estimated to be infected.

More than half of all major hospital trusts in England now have more Covid-19 patients than at the peak of the first wave. Scientific advisers believe the true number of daily infections is also now higher than during the first wave.

NHS statistics show there are now more than 7,000 infected patients in beds in hospitals across the capital, with 908 hooked up to ventilators.

Despite that, there were crowds of people were out and about in Clapham, even though shops are closed, while traffic data from TomTom shows congestion levels have been greater today than they were last Saturday - a trend replicated across the week, despite Monday's announcement of a new lockdown.