You are here: Main » Soloman Islands breaks ties with Taiwan after Chinese 'dollar diplomacy'
by Mildred Hamilton - at September 17, 2019

Taiwanese President Tsai Ing-wen says pressure from China is to blame for the Solomon Islands' decision to cut diplomatic relations with Taiwan.

Taiwan vowed to fight China's "increasingly out of control" behaviour after El Salvador switched its allegiance to Beijing previous year.

Tsai held a hastily arranged news conference on Monday, after the Solomon Islands chose to establish ties with China.

China has been trying to poach allies from Taiwan, and Burkina Faso, the Dominican Republic, Sao Tomé & Príncipe, Panama and El Salvador have already cut ties with Taipei, Reuters reports.

Tsai said the people of Taiwan will remain united, even if Beijing tries to retaliate against the island's plan to buy new fighter jets from the U.S., or to shift people's attention away from the ongoing unrest in Hong Kong.

Taiwan's foreign minister, Joseph Wu, said Taipei would immediately close its embassy in the Solomon Islands and recall all its diplomats.

Taiwan and mainland China have been governed separately since they split amid a civil war in 1949. 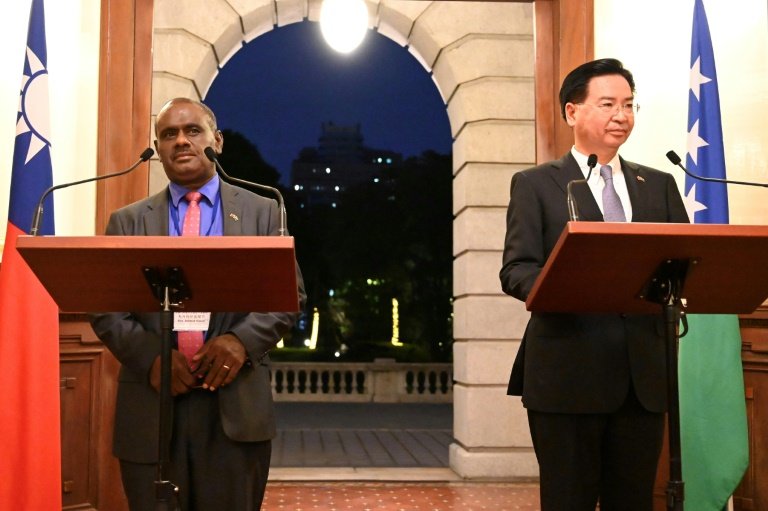 A task force formed by the Solomon Islands' Parliament recommended this month that the government switch ties and set up a diplomatic mission in Beijing.

"The findings reveal that Solomon Islands stands to benefit a lot if it switches and normalises diplomatic relations with PRC [People's Republic of China]", the taskforce said.

The severing of ties on Monday leaves Taiwan with only 16 diplomatic allies. The prime minister's office did not immediately respond to questions.

Wu accused China of luring away the Pacific ally before Taiwan's presidential and legislative elections with a clear attempt to sway the January polls.

Libra and cryptocurrencies must be regulated, says France
LEGAL LIMBO Meanwhile, European Union authorities are sending Facebook a clear message that Libra is not welcome in Europe. Elsewhere in his address, Le Maire urged, once more, for a "public digital currency", without specifying further.