You are here: Main » New 'Star Wars' land opens this August at Hollywood Studios
by Gordon Cummings - at March 08, 2019

One-of-a-kind merch from Galaxy's Edge will include customized lightsabers, customizable astromech droids that can actually interact with park elements, new gear with Resistance and First Order logos and "antiquities" including Jedi and Sith artifacts. Previously the land was not scheduled to open, at least in Florida, until later in the fall of 2019.

Speaking at the company's annual shareholder meeting, Iger also revealed exclusive new video footage of the 14-acre attractions, which he described as "by far the largest lands we've ever built".

Millennium Falcon: Smuggler's Run will be open, as will the many, many other shops and oddities of the Black Spire Outpost on Batuu.

Phase two, opening later this year, will be Star Wars: Rise of the Resistance, "the most ambitious, immersive and advanced attraction ever imagined, which will place guests in the middle of a climactic battle between the First Order and the Resistance and will blur the lines between fantasy and reality". Information on how to make a reservation will be available on the Disneyland.com site or on the Disney Parks blog. On Rise of the Resistance, guests will be taken prisoner aboard a Star Destroyer and must fight to escape. 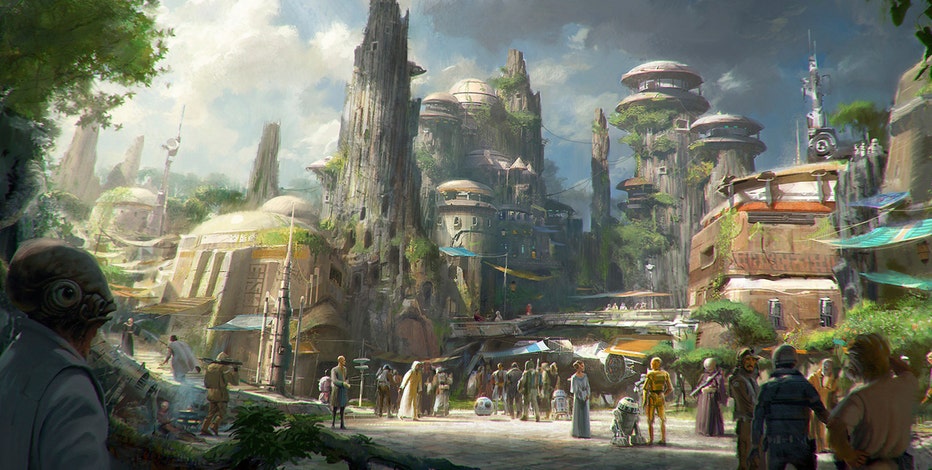 Galaxy's Edge, which is an immersive section of the park means to mimic the world of Star Wars, will open at Disneyland on May 31, with the Florida version of the attraction welcoming visitors on August 29.

Another interesting point about these opening dates is that guests won't need anything more than their standard admission tickets to access the area, though space in those areas will be limited, requiring guests to make a reservation to gain entry to the park.

The theatrical launch of the still-untitled final Star Wars installment will also be accompanied by the debut of spinoff series The Mandalorian on the forthcoming subscription service Disney+.

North Carolina coach Roy Williams collapses during game
With 55 seconds to go before the break, play was stopped as Williams fell to one knee in front of the Tar Heels' bench. This win helps UNC keep pace with Virginia, who beat Pitt on Saturday, for first-place atop the ACC standings.